Discovering the Famous Wines in and Around Provence 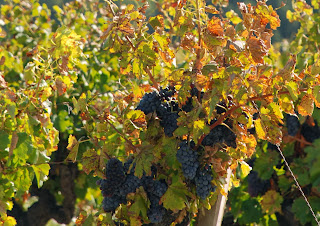 Provence is one of the most popular regions of France to visit on cycling holidays, because of its sunshine, beautiful landscapes and its many fascinating attractions. Travelling through the region on two wheels offers a chance to take your time in discovering the countryside, and get to know the real Provence.

A holiday highlight for many people is paying a visit to some of the vineyards opening their doors to the public, including many in the famous Côtes du Rhône region, as well as others producing Provence rosé wines, where you can go on tours and sample a glass. Cycle Breaks organises cycling holidays with specially selected accommodation and a chance to explore all kinds of attractions in the region. There is also an option to ride electric bikes on our bike tours of Provence.

Chateauneuf du Pape
This delicious red wine, coming under the umbrella of the Côtes du Rhône region, is one of the most famous in France and features a rich blend which can include 13 different varieties of grape. The highest standards need to be achieved to give producers the right to use the Appellation Controlée  Chateauneuf du Pape. Wine was first cultivated in this region as far back as the 1100s, and it is believed that when the Popes were based in Avignon during the 1300s they promoted the wines here and improved their quality.

At the foot of a hill topped by a ruined château, the village of Chateauneuf du Pape completely revolves round the wine. There are many different wineries where visitors are welcomed and can sample a glass, often alongside some of the local cheeses. This famous village is included in both our Classic Provence Tour, and Provence and the Camargue Tour cycling holidays, and there is time to wander around at your leisure and get a flavour of the place.

St Cécile les Vignes
This historic and attractive village is also included in our bike tours of France. It is another community where life is centred on the production of wine. It has an ancient bell tower and many other picturesque buildings, including ancient mansions. There are 400 vine growers in the surrounding area, with the wines ranging from fruity reds to aromatic white and rosé varieties. The large St Cécile co-operative and the wine-tasting cellar in the village offer plenty of opportunities to see and taste the wines.

Gigondas
This village is another place included on our cycling tours of Provence, and again it is possible to visit wineries and cellars in the area. It is believed that the first vineyards here were planted by Roman soldiers, but the wines have only really come into their own and become widely-known far more recently. During the 19th century, the Gigondas area was famous for its health-giving spa water, but since the 1950s the wine has become increasingly well-known, with its own appellation being granted in the 1970s. Most Gigondas wine is red, although a small amount of rosé is also produced.

Roquemaure
The small town of Roquemaure has a chequered history as a wine centre, with the first vines here probably being planted by the ancient Greeks. From the middle ages onwards it was a major port for transporting wine, and it's thought this was the place where Phylloxera, aphids that attack vines, were imported into France in the 19th century – going on to infect vines across the country. Relics of St Valentine were brought here in 1868 because it was believed they could protect the vines from the pest, and, as a result, the town is now known for its links with the saint. There is a St Valentine rosé wine produced here and there is also a kissing festival, which attracts many thousands of people every year. Our cycle holidays in Provence allow time to enjoy a romantic lunch with a glass of the saint's finest.

Camargue
South of Arles, the brackish waters and salty ground of the Camargue help to produce wines with a distinctive flavour. Known as "Vins du Sable", or wines of the sand, they are produced in a unique landscape where the vineyards are flooded every year. This was a factor which helped the area's wine production to survive the Phylloxera epidemic which destroyed other vineyards across France. The vast majority of wines produced here are rosé, although very small amounts of red and white are also made. The Camargue is a spectacular landscape which features in Cycle Breaks' Provence and the Camargue tour, offering a chance to see the famous wild white horses and flamingoes as you journey through on your cycling holidays.

Cycling Holidays France
Cycling Holidays in France (as well as Austria, Germany, Italy, Spain and the UK). Cycle Breaks are specialists cycling holidays and bike tours in France and other mainland European countries including Austria, Germany, Italy and Spain. Operating since 1991, we offer a high level of personal service and extensive experience. We love what we do, and it seems that our customers do as well.